Welcome for new Community of Sisters in Roscommon

The parish of Roscommon welcomed the new community of the Servant Sisters of the Home of the Mother on Saturday last, 13th May during the Sunday Vigil Mass.  The four sisters – Sr. Ruth Maria, Sr. Bernadette Maria, Sr. Michelle Maria and Sr Karen Maria, will be based in Roscommon Town but their ministry will also serve our wider diocesan community.  To learn more about the Home of the Mother, see https://www.homeofthemother.org/

Bishop Kevin’s homily from the Mass of Welcome:

The Acts of the Apostles tells us that the first Christians were faithful to four things in particular, all as an expression of their faithfulness to Jesus.

We are told that everyone looked up to them. It sounds wonderful, positive and very encouraging, and it was. But that doesn’t mean that it was perfect or without challenges. Very shortly after the Resurrection the first big challenge arose. The Christians who came from the Greek culture complained that they were not being treated fairly. The Church, even at that early stage, had to look for a new way of doing things. Out of this came a new ministry, the ministry of deacons, which was very much rooted in the mission of Jesus himself. It was about serving those who were at risk of being marginalised.

Down through the ages, the Church has always tried to remain faithful to the vision and the teaching of Jesus, but has also had to adapt her practice to the circumstances and the needs of each time and place. It is what the Second Vatican Council calls, reading the signs of the times. As the Brazilian fishermen say: “you can’t catch yesterday’s fish today”.

The nineteenth century was a time of great growth in the Catholic Church here in Ireland. Within years of the great famine, many churches were built as a testimony to the faith of the people. New religious congregations were established, including the Sisters of Mercy, whose mission was to provide education and healthcare for the poor, inspired by the Gospel.

Early in the 20th century, the St. Patrick’s Missionary Society was founded by Fr. Patrick Whitney, a native of our own Diocese and was part of a great missionary movement throughout the 20th century. Indeed, only today, Pope Francis appointed a new Apostolic Nuncio who is a native of South Eastern Nigeria, where those Kiltegan missionaries worked very closely with the Irish Spiritans

The Second Vatican Council, which took place just over fifty years ago was another time of great renewal and, if we were to be honest, we would have to say that even now, we have scarcely begun to discover the insights of the Council. One thing that grew from the Council was the idea that there could be new forms of Apostolate and new forms of consecrated life, with different structures from those we had grown used to. These new forms would respond to the needs of our time.

The message is clear, I think. The Church, in order to be faithful to her mission, has to be always looking for new ways of working. As Pope John Paul liked to say: “Every generation is a new continent to be won for Christ.” As Pope Francis says, we are called to be “missionary disciples”.

Just over thirty years ago, Don Raffael Alonso Reymundo, who was a young priest from Toledo in Spain, went to Rome on a pilgrimage with a group of young women who wished to consecrate their lives to God. He did the same the following year with a group of young men. Shortly afterwards the Lay Association of the Home of the Mother was established, with a particular focus on the Eucharist, on Mary and on a mission to young people.

Some of that original group of girls decided some time later to found a community of Servant Sisters within the Association. One of them was Mother Ana, who is here with us today. The sisters already have communities in Spain, Ecuador, the United States and Italy. It is especially appropriate that today, on the Feast of Our Lady of Fatima, we formally establish this new community here in the Diocese of Elphin and I warmly welcome Sr. Ruth Maria, Sr. Bernadette Maria, Sr. Michelle Maria and Sr Karen Maria.

Many of you will be aware of the death of Sr Clare Crockett in April 2016. Just two months before her death, I had begun to explore with the Servant Sisters the possibility of their establishing a community in our Diocese and I know that this idea was already in the heart of Mother Ana and many of the sisters for some years previously. I know that the sisters themselves believe that Sr. Clare has guided us during the past year, as we prepared for the establishment of their new community today. I pray that their new mission will be another moment of growth and renewal in our Diocese and I feel sure that their faith, their joy and the energy will be a source of encouragement to many.

I want to be very clear about one thing. The arrival of the Servant Sisters is not about going back to “the way it was”. It is about going forward in faithfulness to Jesus who, as the Gospel this evening reminds us is “The Way” – the only way.  As I have been saying already to the young people whom I have Confirmed this year, I am constantly amazed at the words of Jesus “whoever believes in me will perform the same works as I do myself; he will perform even greater works”.  This is only possible because of the Holy Spirit who has been given to us. I pray that the same Holy Spirit will strengthen and guide this new community and, indeed, that all of us who have received the Spirit may become or begin again to be witnesses to Jesus Christ in our own time and in our own society.

In conclusion, I want to take this opportunity to say a particular word of thanks to the Sisters of Mercy of the Western Province, who with typical generosity, have a made a lovely house available for the sisters. I welcome you here this evening, both the sisters from our local community and the members of the Provincial Council. We are deeply grateful to you, not only for the beautiful gift of a Home for the Home of the Mother, but for all that you have been and continue to be in our Diocese down through many years.

Homily of Bishop Kevin on the Occasion of the Establishment of the new Community of Servant Sisters of the Home of the Mother, Sacred Heart Church, Roscommon, Saturday 13th May 2017. 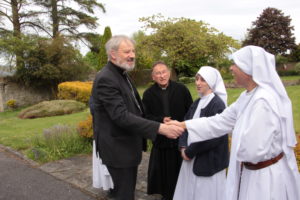 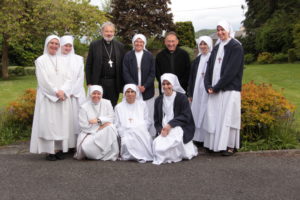 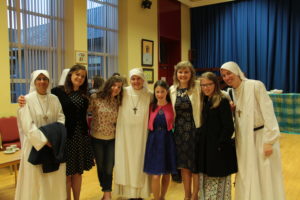 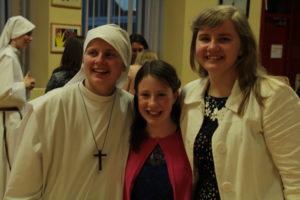 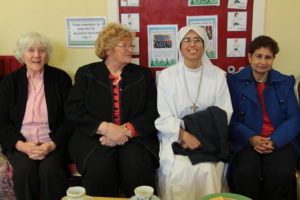 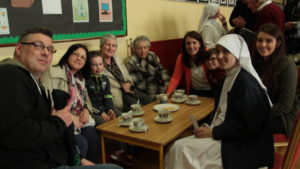 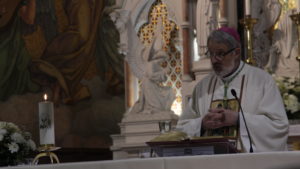 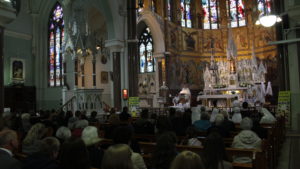