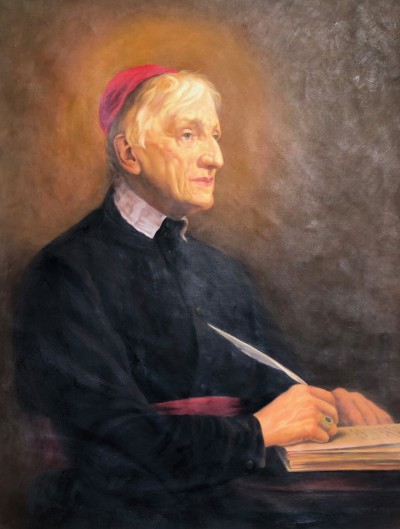 Video 1:  The Life and Spirituality of John Henry Newman

The Life and Spirituality of John Henry Newman

Newman’s relevance for our lives today

Dermot Mansfield SJ
Dermot was born in Cobh, Co. Cork in 1946, spent many of his school years in Portarlington, Co. Laois and joined the Jesuit Novitiate in Emo, Co. Laois  in 1963.

As a university student in UCD  he had a particular interest in history, spirituality and the theological vistas opened up by Vatican II (1962-65).  Following ordination to the priesthood in 1976 he pursued further theological studies at Regis College, Toronto, where he submitted a dissertation on the Anglican sermons of John Henry Newman to fulfill requirements for the Licentiate in Sacred Theology (STL).

Since 1985  he has also been involved in both promoting and leading weeks of guided prayer in parishes and since 2007 he has served as an Assistant Pastor in Dollymount Parish and more recently, Gardner St. Parish in Dublin City Centre.

In 2010 Dermot published Heart Speaks to Heart: The Story of Blessed John Henry Newman (Veritas, Dublin) and in 2014 he brought out a booklet, Praying with St Ignatius and Pope Francis (CTS, London).

‘…  a man of gentle scholarship, deep wisdom and profound love for the Lord.’ – Pope Benedict XVI on the occasion of Newman’s beatification, 18th Sept. 2010.

‘ … an outstanding defender of the rights of conscience.’  – Saint Pope John Paul II in his 1993 Encyclical Letter, Veritatis Splendor (The Splendour of Truth).

“The Christian has a deep, silent, hidden peace, which the world sees not…  The Christian is cheerful, easy, kind, gentle, courteous, candid, unassuming; has no pretense… with so little that is unusual or striking in his bearing, that he may easily be taken at first sight for an ordinary man.”
– quotation from Newman’s writings quoted by Pope Francis on the occasion of Newman’s canonisation, 13th October 2019.

Monahan, Fintan
A Perfect Peace – Newman a saint for our time
Veritas, Dublin 2019