From the time of St. Patrick in the 5th century, to the Synod of Rathbreasail in Ireland in 1111 AD, monastic settlements, rather than dioceses, characterised the organisational structure of the Irish Church. 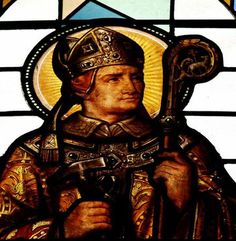 Like other dioceses, Elphin’s origins can be traced to such a monastic settlement, one founded by St. Patrick during the 5th century in the town of Elphin in County Roscommon. Elphin itself is an anglicisation of two Irish words “Aill Fion” meaning “Bright Rock”.

According to local history sources St. Patrick appointed his own silversmith, Asicus, as first Abbot Bishop in this monastic settlement. Under Asicus and his successors, the influence of the Elphin monastic settlement expanded to become the centre of the local Church. Thus when it was decided in 1111 AD to re-organise the structures of the Irish Church to conform with the diocesan structure of the Church in Europe, Elphin was designated diocesan status and her first Cathedral was dedicated to Beatae Mariae Virgini (Blessed Mary the Virgin). The latter suggests a heritage of Marian devotion in the area and some scholars suggest this dates from the time of St. Patrick.

The history of the Irish Church throughout the second millennium is in many respects rooted in the rise and decline of religious orders and of the survival of religious persecution. As a diocese, Elphin proved fruitful soil for the religious life. By the late 15th / early 16th century it was home to at least eighteen religious houses, including the Canons Regular of St. Augustine, Benedictines, the Order of St. John of Jerusalem, Carmelites, Cistercians, Premonstratensians, Dominicans and Franciscans. However great changes were to follow, starting with the religious revolution of the 16th century and during related persecution, the diocese lost many monasteries, convents and its Cathedral.

By the 1870s however, Roman Catholics were free again to give public expression to their faith. In 1874 Bishop Laurence Gillooly chose to rebuild the diocese’s cathedral but this time to situate it in Sligo town. Once more it was dedicated to Our Lady and on this occasion under her title “Immaculate Conception”. Marian devotion, dating from Patrician times, has always been part of the treasured heritage of the people of the diocese.

Bishop Gillooly was also to oversee the building of a diocesan college in Sligo dedicated to the Immaculate Conception. This was completed in 1892 and continues today as a second level school for boys – Summerhill College. In Sligo and other parts of the diocese, during and since this time, secondary schools were also established by religious orders. For example, the Irish Christian Brothers and the Marist Brothers managed schools in Roscommon and Sligo and a great variety of religious – Mercy Sisters, Ursuline Sisters, Franciscan Missionaries of Mary, Sisters of St. Joseph of the Apparition, Sisters of the Presentation of Mary, the Sister Disciples of the Divine Master, Sisters of La Sagesse and Poor Sisters of Nazareth – have engaged throughout the diocese in education, nursing, parish work, care of people with disabilities and of the elderly, and in the apostolate of perpetual Adoration of the Most Blessed Sacrament. Such orders and diocesan clergy were also to play a major role in establishing primary schools with a Catholic ethos in every parish in the diocese, greatly assisted by generations of dedicated teachers and parents.

More recently, some religious orders have passed on responsibility for the services they provided to local laypersons while others have evolved collaborative ministries that recognise the dignity and responsibilities of every individual’s baptismal call. Each parish also retains at least one resident priest and in making this provision the diocese has been greatly assisted by the generosity and commitment of priests who are members of missionary societies such as St. Patrick’s Missionary Society, Kiltegan.

Today the diocese has a population in excess of 90,000, of whom 81,000 are Roman Catholic. Its thirty-seven parishes divide into six deaneries – Sligo, Boyle, Strokestown, Castlerea, Roscommon and Athlone – and the diocese is served by 80 priests. Dr Kevin Doran is Bishop and he resides near the Cathedral in Sligo.