Cloonbonniffe Children’s Cemetery, Solemnity of the Most Holy Trinity – Homily of Bishop Kevin

On this Solemnity of the Holy Trinity, we celebrate the mystery of one God who is three persons. It is not an easy idea. I think it is helpful if we start be saying that this is not just a theory that was worked out in the third century. It is how the disciples experienced God during the time of Jesus’ earthly ministry and after his Resurrection.

Each one of us who is a Christian is Baptised in the name of the Father (who created us), of the Son (who saved us by his cross, from the power of sin and death) and of the Spirit who guides and strengthens us in living as God’s people). But what about those who are not Baptised?

About a week after I was ordained a priest, a young couple came to me in a state of distress to say that the baby for whom they had waited with such great hope and expectation had been still-born. They wanted to have a funeral, but they didn’t know how to go about it. It had not been part of my education either, so I asked the advice of a priest in my home parish. He was a kind enough man, but he told me that it was not usual to have a funeral for unbaptised babies.

This was 1977. Some people even as recently as that had fixed ideas about who could be buried in consecrated ground. In those days, after all, Protestants and Catholics were usually buried in different parts of the cemetery – and they were all Baptised.  I think it may also have had something to do with the idea that a funeral would necessarily involve a Mass in the Church, which might not be what people really needed under the circumstances. In the end, we decided that the best thing was to have a service of prayer in the family home and then a burial in the family plot with prayers and a blessing.

In our first reading today we read: “The Wisdom of God cries aloud: ‘The Lord created me when his purpose first unfolded, before the oldest of His works’.” For us Christians, the “Wisdom of God” is Jesus, the Word made Flesh. Through his birth, Jesus took on our human condition and raised the whole of humanity to share in the life of God. He died for all, so that all might live with God forever.

Here in Cloonbonniffe, we gather close to the place where many infants have been buried, some who died without Baptism. They are all undeniably the children of God, because God is the giver of all life.

The Church has always believed that the first to hear the good news of salvation were those who died before the time of Jesus. This is expressed in the words of the Apostles Creed, which tells us that after his death, Jesus descended into Hell. But as the old Catechism explained, “this was not the hell of the damned”. It was the place where the just waited for the good news. This, in the tradition of the Church, was “where” Jesus was between his death and his Resurrection.

For many years people believed and, indeed priests preached, that children who died without Baptism went to Limbo because, on the one hand, they had done nothing to merit heaven, but on the other hand, they had done nothing to deserve punishment. Looking back on it now, such an idea doesn’t take into account the mercy of God who created these children in his own image and for the purpose of drawing them into relationship with Him. As St. Paul wrote to the people of Ephesus:

Blessed be the God and Father of our Lord Jesus Christ, who has blessed us in Christ with every spiritual blessing in the heavens. He chose us in Him, before the foundation of the world, to be holy and spotless and to live through love in his presence.

The Holy Spirit, thankfully, guided the Church and Limbo was never formally defined as the teaching of the Church. In most cases, of course, these children, though not Baptised, were born into a community of faith, because their parents were Christian. It is only right that they should be commended to God with a Christian burial.

Baptism is important, because it is through Baptism that we are joined to Christ as members of His body, the Church, and that we are given the Holy Spirit for our mission as Christians. The Catechism of the Catholic Church says: “Through Baptism we are freed from sin and reborn as sons of God; we become members of Christ, are incorporated into the Church and made sharers in her mission.” The Church tells us that there is no salvation without Christ, but it doesn’t say that there is no salvation without Baptism. In fact, the catechism says:

So, here today, in Cloonbonniffe, we celebrate that hope. We give thanks to God for those children who, though they may only have lived for a very short time, were created in the image of God, and destined to know his love for all eternity. We also remember their parents and their relatives who live around these parts, that they may find peace.

There is a very real connection between what we are doing here today and a debate which is currently going on in our society about children with life-limiting conditions. These are children who, during pregnancy are discovered to have serious medical conditions which, in some cases, mean that they will not live for more than a few hours or a few days. Others of course grow up as members of their family, go to school, and enjoy a relatively normal life. Some commentators, including politicians and doctors, speak of these children as if they were already dead, or as if their lives were worth nothing. What a terrible way to talk of sick children who are in need of care. Their ill-health and the distress of their parents are being used on a daily basis to promote a liberalisation of the law on abortion. It is important for all of us who believe in the mercy of God to defend the right to life of these children and support their parents, by working towards the provision of counselling and hospice care for those who need it.

In this way, we profess our faith that every child without exception is a child of God, not only entitled to a decent burial, but entitled also to be loved and cared for, especially when life expectancy is short. 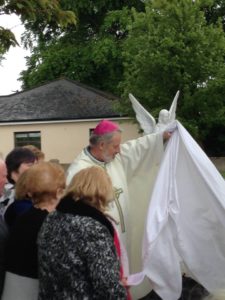 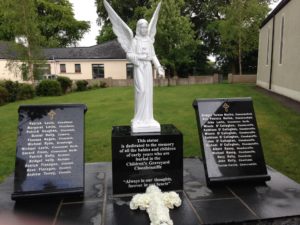