The annual Pope John Paul II Award Ceremony for the Diocese of Elphin took place in the College of the Immaculate Conception, Sligo on the 24th of November 2016. 86 candidates received Papal Cross, Gold, Silver and Bronze awards. 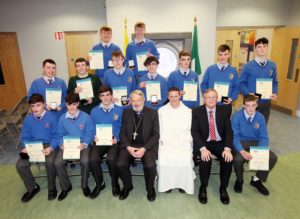 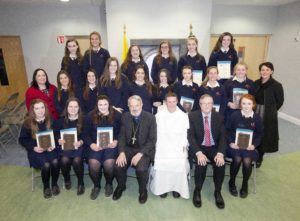 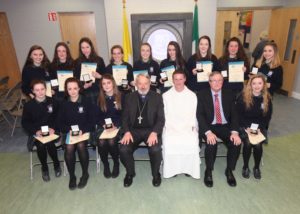 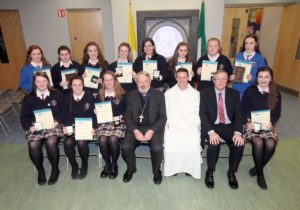 Brother Philip Mulryne O.P., former Manchester United and Northern Ireland footballer, was the guest speaker and his personal faith testimony and words of encouragement made an enormous impact on all in attendance. Brother Philip shared how while working with the homeless on the streets in Belfast he experienced a deeper joy and peace than he ever had before despite having achieved the dream of becoming a professional footballer at the highest level and having all the trappings and lifestyle that it brings. Brother Philip will be ordained to the Priesthood next year. 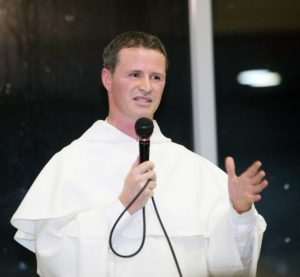 Three of the Awardees shared personally and profoundly about their experience of partaking in the Award. They and all of the other young people who received their awards are a credit to their families, parishes and schools and are to be commended for their commitment and engagement over the past year. 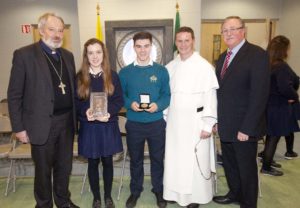 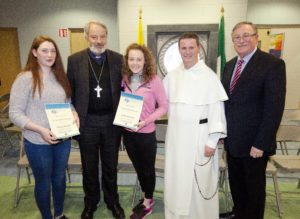 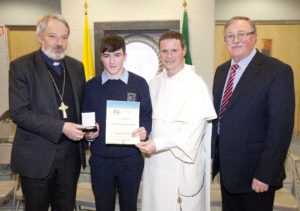 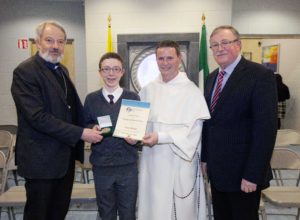 In his address on the night Bishop Kevin congratulated the young people and thanked them for giving their time and energy to their local parishes, schools and communities. Bishop Kevin, referencing Pope John Paul II on the subject of “inter-subjectivity” said that “the Pope John Paul II Award is all about the free gift of yourself, which allows you to be part of a project that is bigger than yourself and to work effectively with other people, in a way that helps you to grow more fully into yourself.” 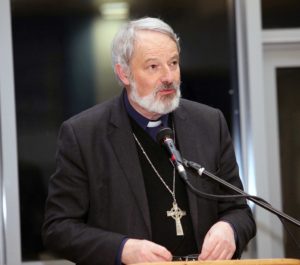 The evening was greatly enriched by the talents of musical groups and choirs from the Ursuline College Sligo, Mercy College Sligo and the College of the Immaculate Conception Sligo. 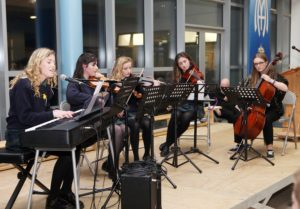 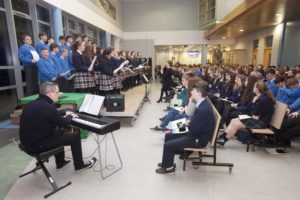 Sincere thanks to the College of the Immaculate Conception, Mr. Paul Keogh, Principal, Ms Maura Murphy and the Board of Management for making their beautiful school available to us for this wonderful celebration.

The John Paul II Award Initiative was launched in the Diocese in 2012 through the Diocesan Youth Ministry Office. This was made possible by the support of the Knights of Saint Columbanus. Thanks to the Knights, the Award is now established and running in 21 Irish Dioceses.