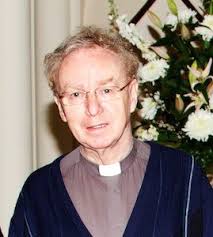 With the support of the Creideamh Faith & Friendship Network in the Greater Ballinasloe area we are continuing our online Faith in Action conversation series with our good friend, Fr. Dermot Mansfield SJ.

Hans Urs von Balthasar (12 August 1905 – 26 June 1988) was a Swiss theologian and Catholic priest and is now considered one of the most important Roman Catholic theologians of the twentieth century.   He was appointed a cardinal by Pope John Paul II in 1988, but died shortly before the consistory. Joseph Cardinal Ratzinger said in his funeral oration for him  that “he is right in what he teaches of the faith” and that he “points the way to the sources of living water.”

To support our engagement Dermot has prepared two half-hour videos which will be available to watch below , via the Elphin Diocese’s iCatholic Channel  (https://www.icatholic.ie/elphin/ ) and the CREIDEAMH.IE website (www.creideamh.ie ).

Dermot believes Hans Urs von Balthasar’s  vision and faith are of immense significance for our times.

In the first presentation he introduces von Balthasar’s life and times and shares a little about the people who influenced him.   In the second  he turns to his vast range of writings (see some well known quotations below), and focuses on the central ones, particularly their themes.   To support our learning Dermot has grouped his thoughts around  the three Platonic transcendentals, which were very important to von Balthasar: ‘the Beautiful’, ‘the Good’  and ‘the True’.

Dermot was born in Cobh, Co. Cork in 1946, spent many of his school years in Portarlington, Co. Laois and joined the Jesuit Novitiate in Emo, Co. Laois  in 1963.
As a university student in UCD  he had a particular interest in history, spirituality and the theological vistas opened up by Vatican II (1962-65).  Following ordination to the priesthood in 1976 he pursued further theological studies at Regis College, Toronto, where he submitted a dissertation on the Anglican sermons of John Henry Newman to fulfill requirements for the Licentiate in Sacred Theology (STL).
Most of Dermot’s priestly ministry has been in the field of spirituality, initially in the former Jesuit Retreat Centre, Rahan, Tullamore, Co. Offaly,  and subsequently at Manresa Jesuit Spirituality Centre, Dollymount, Dublin and St. Beuno’s Jesuit Retreat Centre, Denbighshire,  North Wales.
Since 1985  he has also been involved in both promoting and leading weeks of guided prayer in parishes and since 2007 he has served as an Assistant Pastor in Dollymount Parish and more recently, Gardner St. Parish in Dublin City Centre.
In 2010 Dermot published Heart Speaks to Heart: The Story of Blessed John Henry Newman (Veritas, Dublin) and in 2014 he brought out a booklet, Praying with St Ignatius and Pope Francis (CTS, London).
He has also given many years to the study of Hans Urs von Balthasar and looks forward to sharing the fruit of this study who conversation participants.

“What you are is God’s gift to you, what you become is your gift to God.”
– Hans Urs von Balthasar

Other Quotations From von Balthasar’s Writings

“It is to the Cross that the Christian is challenged to follow his Master: no path of redemption can make a detour around it.”
― Unless You Become Like This Child

“We no longer dare to believe in beauty and we make of it a mere appearance in order the more easily to dispose of it. Our situation today shows that beauty demands for itself at least as much courage and decision as do truth and goodness, and she will not allow herself to be separated and banned from her two sisters without taking them along with herself in an act of mysterious vengeance. We can be sure that whoever sneers at her name as if she were the ornament of a bourgeois past — whether he admits it or not — can no longer pray and soon will no longer be able to love.”
― Seeing the Form

“To be a child means to owe one’s existence to another, and even in our adult life we never quite reach the point where we no longer have to give thanks for being the person we are.”
― Unless You Become Like This Child

“Even if a unity of faith is not possible, a unity of love is.”
― Hans Urs von Balthasar

“The Church does not dispense the sacrament of baptism in order to acquire for herself an increase in membership but in order to consecrate a human being to God and to communicate to that person the divine gift of birth from God.”
― Unless You Become Like This Child

“Above all we must not wish to cling to our suffering. Suffering surely deepens us and enhances our person, but we must not desire to become a deeper self than God wills. To suffer no longer can be a beautiful, perhaps the ultimate sacrifice.”
― Hans Urs von Balthasar

“God defines himself as “I am who I am”, which also means: My being is such that I shall always be present in every moment of becoming.”
―  Unless You Become Like This Child

“Man is the creature with a mystery in his heart that is bigger than himself.”
― Prayer

“For all his gentleness and humility unto death on the Cross, God does not relinquish his attribute of being judge and consuming fire. Nothing is more majestic than his Passion; even his anxiety is sublime. And God never denies his attributes to those who are his light in the world. They shine like stars in the cosmos, and even their anxiety, if God allows it, bears the marks of their divine destiny.”
―  The Christian and Anxiety

“The Spirit of holiness and love is also the Spirit of wisdom and knowledge about love; and they are in fact one and the same Spirit: “Truth and love are inseparable wings—for truth cannot fly without love—and love cannot hover without truth”
― Love Alone is Credible

“No fighter is more divine than one who can achieve victory through defeat. In the instant when he receives the deadly wound, his opponent falls to the ground, himself struck a final blow. For he strikes love and is thus himself struck by love. And by letting itself be struck, love proves what had to be proven: that it is indeed love.”     ―  Heart of the World

“The saint is the apology for the Christian religion. He is holy, however, because he allows Christ to live in him and it is in Christ that he “glories”.”
―  The Realm of Metaphysics in the Modern Age

“In the mother’s smile, it dawns on him that there is a world into which he is accepted and in which he is welcome, and it is in this primordial experience that he becomes aware of himself for the first time.”   ― Mary: The Church at the Source

“When everything is blocked off,’ I was told by a dear friend who lives in Erfurt, “one must try to live in the interstices.’ Apparently, the Christians of the Apocalypse, though they did not bear the sign of the beast, had discovered or created such spaces. From islands like these, true culture, Christian culture, may spread across the earth. Many people are a-thirst for it.”
― Test Everything: Hold Fast to What is Good: An Interview with Hans Urs Von Balthasar

“There will never be beings unloved by God, since God is absolute love.”
― Dare We Hope That All Men Be Saved?

“firstly, prayer is a conversation between God and the soul, and secondly, a particular language is spoken: God’s language. Prayer is dialogue, not man’s monologue before God.”
― Prayer